“The corpse was lying in the most conspicuous place. Death presumably occurred as a result of a blow from behind during the previous day. It looks like the corpse was brought to this place. The investigation has reached a dead end, which means it’s time to turn to an independent expert, Sherlock Holmes.
P.S. The body of the found Mr. N. turned out to belong to the not unknown Professor Moriarty. Things are taking a nasty turn. ”

this is the already familiar game of Cluedo in the illustrations of the popular British TV series Sherlock. In the game, the character is replaced by the characters we know from the film, and the locations are also transferred to the scenery of the series.
Absolutely everyone is suspected and even the identity of the detective Sherlock himself is in doubt, because he definitely had a motive to get rid of Moriarty. Dr. Watson is also on his own mind. Perhaps the murder of Sherlock’s eternal rival hides his desire to bypass his friend at least once. Mycroft Holmes is definitely a dark horse with long arms who can just as easily get rid of Moriarty. Who else? Ah, this is the professor’s unaccounted assistant — Irene Adler, the adventurer and “That Woman” who has already outplayed Sherlock. Each could have their own reasons, but who was able to carry out this daring murder? It is not known, because everyone, even Inspector Lestrade, does not have a full-fledged alibi … 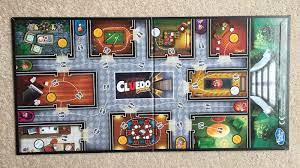 Cluedo is a classic detective game in which players have to guess three things using clues: who killed, with what, and where exactly. To do this, in a limited circle of suspects, you need to be the first to calculate all three riddles.
Each card in the Cluedo game is unique, at the beginning of the game three of them are removed into the envelope: the name of the killer, the weapon and the scene of the crime.  During the game, the players ask each other questions and, using the elimination method, try to find out which cards are in the envelope.
Cluedo Sherlock Edition will delight all fans of the series and starring Benedict Cumberbatch. Also, lovers of the detective genre, the works of Arthur Conan Doyle and Agatha Christie will not stay aside from this delightful game.

Scandal! In the mansion of the noble family of the Blacks, the owner of the house was killed.The doors of the mansion were closed until the circumstances were clarified. Who exactly committed this heinous crime? Where is the murder weapon?

The detective board game “Clued” first saw the world more than 60 years ago, and has stood the test of time with dignity. It was reprinted many times, even themed versions of the game dedicated to films and cartoons were on sale. Several years ago, “Clued” was first published in Russian. And just recently, the world saw a second Russian reissue with several differences from the previous version.

Kluged is a classic detective game set in a mansion in which one of the guests killed Mr. Black. Players will have to explore numerous rooms of the house in search of a criminal and a murder weapon.

Each character, room, and murder weapon has its own map. At the beginning of the game, the cards are sorted by type into three piles, and then from each of the three decks, one card is randomly pulled out and placed in a special envelope. This envelope is the answer to the question “Who, where and with what killed Mr. Black?” The rest of the cards are mixed into one deck and dealt to the players. Players choose a token by placing it in the hall of the mansion. Everything, preparation for the game is over. On his turn, the player rolls two dice and, according to the rolled values, moves the chip across the playing field. If a piece ends its move in any room, the player can hypothesize. Let’s say, “I believe that the murder was committed by Mr. Plum. And he did it with a wrench in the garage. ” Attention! You can only name the room you are in when you make an assumption. Then the player to your left is obliged to show you a card of a garage, a wrench or Mr. Plum (if, of course, he has such cards). If he has two or three cards you need, he shows only one that he wants. 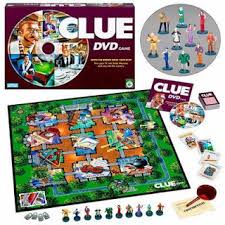 All manipulations are carried out so that no one else sees either your cards or the cards of your opponents. Through such mutual exclusions, which need to be noted in the detective’s notebook, players eventually come to the conclusion which cards are stored in the envelope. The one who is the first to reveal the mystery of the murder of Mr. Black is obliged to go out into the hall and make an accusation, loudly naming the killer, the murder weapon and the room where the crime was committed. The player then looks into the envelope. If his accusation was correct, he wins. If he made a mistake, then he is out of the game, and the rest of the participants continue to investigate.

In the new Russian edition of the game, the names of the characters were again changed for the sake of the classic version in the Western manner, and the field was redrawn, which depicts a luxurious modern mansion. If the laurels of Sherlock Holmes, Mrs. Marple and Hercules Poirot keep you awake, if you like the investigation of various crimes, if you like interesting and exciting board games, then you will definitely like Cluedo. It is not for nothing that over 60 years, she won the love of millions of people all over the world!