After the release of the movie “Real Steel”, which tells about the battles of robots, the developers of Reliance Big decided to create a fighting game of the same name, where instead of the usual warriors there were fierce machines with incredible abilities. A lot of robots and different maps, excellent graphics combined with dynamic and interesting gameplay – this is something like the description of Living Steel on Google Play. This is what we will find out in this review: we will weigh all the advantages and disadvantages of the game, consider the gameplay, mechanics and graphics, and also tell you how to download the game “Living Steel” to your computer using the Droid4X emulator.

The gameplay of Living Steel is quite simple, but at the same time it combines all the qualities necessary for a good fighting game. Particularly pleasing is the atmosphere of the near future, in which robots fight in illegal duels to amuse the crowd of spectators. Dynamic battles do not let the user get bored, each battle is completed in about 2-3 minutes (not counting 3 vs 3 battles). A special innovation in the gameplay is the ability to create your own, stronger and more powerful robots. This is what distinguishes Steel from other representatives of the genre – you can create your character with characteristics suitable for your type of game. Also, 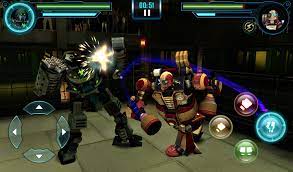 the game is pleased with the pumping system in several parameters: Speed, Armor, Energy, etc. The battle itself is dynamic: cheers from the crowd, quick attacks and blocks, different fighting techniques. It seems that you really got into the future, where the fight of people is less interesting than the fight of cars, where the sound of breaking robot parts is more recognizable than the crunch of a broken spine.  To make powerful hits and tricks, the player needs to accumulate energy charges, which are replenished with each perfect hit or block, which has already become a common part of mobile fighting games.

The graphic component of Living Steel is a bit disappointing. The grainy textures of the robots, the crowds, the battlefields are really frustrating. Such great gameplay with a good atmosphere does not fit in any way with such low-quality textures. The animation is quite high quality – all movements are performed smoothly. In battles, you can see several interesting special effects that are pleasing to the eye. We can only hope that the developers will soon increase the quality of textures, and then the only drawback of the game will disappear.

The developers have tried with optimization – actions are performed without loss of frames on devices with average characteristics, icons immediately respond to a click. However, the game puts a lot of pressure on the RAM of the device, so you should close all applications before starting the game. Living Steel quickly discharges the device – the smartphone can “sit down” after 1-2 hours of battles, and the laptop will last 4 hours at most. To fully enjoy the game without interruptions due to low battery, we recommend playing Live Steel on your computer.

The musical accompaniment goes well with the gameplay – sometimes fast rock melodies, sometimes epic tunes, thanks to which you want to take part in the battles again and again.

The peculiarity of Steel is a huge number of robots and locations. 64 different characters with different characteristics, special designs and lines are worthy of praise. Locations are also pleasing: you can take part in confrontations between cars everywhere, from city streets to huge stadiums where world competitions among robots in boxing are held. Creating your own champions adds even more variety to the game. Many famous fighting games do not have as many characters as in Real Steel, much less the ability to create your own fighters.

Advantages and disadvantages of Real Steel 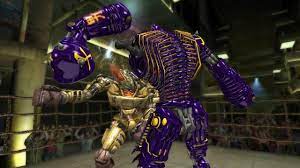 Following the instructions, install the program and launch it (you need to launch a shortcut named Droid4X, since there will be another one on the desktop – Droid4X Multi Manager, which is necessary to run several emulators at once). The first launch can take up to 10 minutes, as Droid automatically adjusts the screen resolution settings, optimizes the emulator settings for the power of the PC, and so on. We go into the AppStore folder, after which Google Play opens in front of us. Before using it, you need to log in through the Google + service. If you have not registered with the service, then it will not be difficult for you to do this in a few clicks by entering your mail, password and phone number.