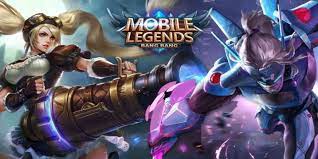 Hello everyone! So the reviewer for another game for mobile devices arrived in time. I recently posted videos of the top 5 MOBA games.  The name of this game is already familiar to you, and not only from my video. Many players have heard or even played Mobile Legends: Bang Bang, and today we will talk about it.

The project belongs to the games in the MOBA genre and is available only on mobile devices. After the start, as expected, the game did not really confirm the expectations of the players, due to poor optimization there were frequent crashes, loss of connection with the Internet, freezes, which provoked a wave of discontent and negative reviews. But in recent years after the release, the authors have significantly improved the initial game mechanics, adjusted the optimization, and also diversified the game with an abundant number of new heroes and items. And this work was worth it. At the moment, the game is considered one of the best in the MOBA genre.

We can say that there is no plot in this game at all, because this is the MOBA genre. Here, two opposing teams are fighting and trying to destroy the enemy base, as well as defend their own. On the way to victory, there are obstacles, in the form of enemy towers, automatically attacking all within the radius of destruction, enemy minions controlled by the computer, as well as enemy heroes controlled by real players. Well, that’s, in principle, the whole plot.

The mechanics of the game are clear and simple, as I said, you need to destroy the enemy base together with other players. But you must admit that doing the same thing every time quickly gets boring and the game becomes boring. But it was not there, the developers prepared and introduced many interesting modes into the game. The main modes are:

– Ranked mode is no different from the standard one, except that it allows you to increase your rank.

– Custom Mode is a special mode for playing with friends or for use in tournaments. 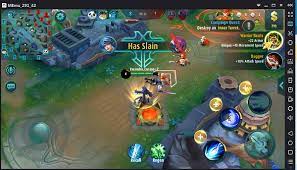 – Another mode Against the computer, where your team consists of real players, and in the opposing team the characters are controlled by the computer. Convenient mode for testing new heroes.

In addition to the main modes, there are additional modes in the game:

– Survival is an analogue of a battle royals, where 33 teams of 3 players are landed on a large map. Only one team wins. Equipment drops from mobs and chests on the map, which is divided into three types: Attack, Magic, Defense. When collecting 3 items of the same type, the player receives an increase in indicators. When collecting 6 items of the same type, the player’s all indicators increase even more and the player grows in size. Do not forget about the circle, which narrows towards the center over time.

– Chaos is a normal match, but at an accelerated pace: the characters start the game right from the 4th level, with improved effects of their skills, damage, gold gain and ability recharge.

– Mirror is a mode where players vote for one of six heroes randomly suggested by the system, which the whole team will subsequently use. The battles take place on a smaller map, where there is only one line.

– In Madness mode – players have to collect food to get additional bonuses throughout the map.

– In Mortal Combat, one of 12 characters is initially selected, however, after the death of the hero, you will need to change.

– The next mode is Evolution, here players appear in the form of a Spore at a selected point on the map. It is required to collect resources and develop until Spore becomes a character. The first player to reach level 15 becomes the Devil, after which the remaining players must destroy him. His killer becomes the new Devil. Deceased players lose the fight, and the last survivor becomes the winner.

– And another interesting Desolation mode. In this match you will have to collect aquamarines all over the map.

Drawing characters, detailing surrounding objects, visual effects, colorful background – everything looks gorgeous, in a word, the picture is juicy and made with quality. It looks great on the screen of mobile devices, without any flaws and pitfalls.

Here, the developers have done a great job, the sounds and musical accompaniment are made with a plus. There is nothing more to say, nothing interferes or distracts from the gameplay. 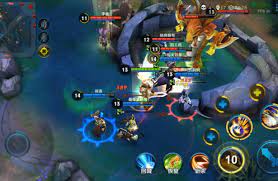 A large number of game modes, eye-pleasing graphic design, gorgeous music, many interesting game characters, constant updates and developer support. The key feature of this game is the variety of gifts in the form of useful resources and virtual currency, which can be used to purchase new characters. Huge number of pluses to download and play this game. But as always, you can’t do without a fly in the ointment. And the most relevant of them is optimization, which is still “lame”. Due to the above listed advantages, the game is very resource-intensive and not every mobile device can handle it at maximum settings. Another disadvantage is crashes from the game, although rare at the moment, but still present. Of course, for this case, the developers have created a smart virtual assistant. It works as follows: if someone from the team loses connection, his character immediately begins to be controlled by the computer. When the connection is finally restored, the player is back in battle in a matter of seconds.