For a long time we have not had mobile racing simulators on our review, especially with such realistic graphics. The developers have clearly relied on a high level of quality and this has borne fruit – to play exciting, fun and cool, and we do not require more.

Naturally, the most important element of the development of his car is its pumping – the player can safely save up funds and buy new filling for his iron beast. This is quite an interesting process, because when you improve the car, you will literally feel that you are driving faster or easier to enter the corners. This is a really important point, because quite often in mobile games you invest in improving the car, and it drives the same way as it drove before the improvement,

which discourages the whole point of pumping. Now the situation has changed and the developers have spent a lot of effort so that when you change car components, you get a performance increase. This immediately catches your eye and there is a desire to really spend money on improving your car, because then you will drive faster, take turns better and win more often.

Actually, if someone thought that the controls in a mobile racing game could be somehow difficult, then I am ready to disappoint you greatly. The developers focus on arcade gameplay and because of this, the controls in the game are as simple as possible. This is necessary for anyone to pick up a smartphone, go in and start winning, because this is not a hardcore simulator, but a mobile game in which people want to relax. To turn right and you have a turn key, to turn left there is the same key, plus we add a nitro acceleration button. There is nothing complicated, so even those gamers who have never done anything like this can quickly get used to it and play with the maximum level of comfort. A great option for those who want to try the world of mobile racing, but are worried that their skill level will not be enough for effective driving. There is nothing difficult in this game.

As expected, there are in-app purchases in the game – when such a high-quality and beautiful game is given away for free, then you should expect a whole store of various interesting bonuses for real money inside. I can’t say, however, that this store disappointed me, because the developers clearly know how to make games and know how not to pressure the player with donation. Quite calmly, you can ride without investing personal funds – for this it is enough to ride more or less well and win races at least occasionally. Yes, you will not have much money, but this will be enough for the gradual development of the car. 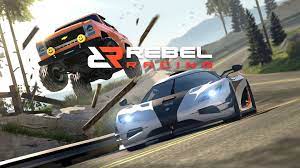 If you want yourself a cool car with all the improvements right away, then yes, you will have to invest personal funds. It turns out quite interesting, because the developers get their money, and you don’t spend money if it doesn’t seem so necessary to you. An excellent solution, as for me.

It is quite rare for mobile games to boast such beautiful pictures and realistic cars, so the developers should definitely pay tribute – they make an extremely decent product that brings a lot of fun. Even in-app purchases do not put pressure on the user and do not prevent him from playing with pleasure if he does not want to invest personal money. This is also a serious bonus that deserves special praise. It turns out a modern beautiful mobile race that you want to play.