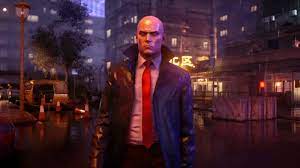 The Hitman series already has eight main parts. The first games were published by Eidos Interactive, Square Eni and Warner Bros. Games, but Hitman 3 is published directly by its creators, IO Interactive.

In 2016, they decided to update the series a little: they removed the number from the name and added the subtitle World of Assassination. The emphasis was placed on large free locations filled with a variety of tools, characters and ways to complete missions. Hitman 2 was made according to the same concept, and now Hitman 3.

By the way, it was these developers who announced the game based on “Agent 007”, and after Hitman 3 you realize that no one except IO Interactive can cope with this task. Unless they need more action for James Bond, but they already have a playground for spy games.

There is also very little plot in the game, and you don’t always understand why you are killing this or that target. Of course, they try to chew it up for you in the briefing, but for the player it’s just another faceless dummy with a target overhead. Although, perhaps, this is what a cold-blooded hitman should feel towards his victims.

In general, Hitman 3, like the two previous parts of the World of Assassination series, can hardly be called stealth or action. This is a large free area with a bunch of possibilities. A puzzle in which you have to search for details, methods, passageways and information. There is no clear strategy, no strict framework – destroy targets the way you like. 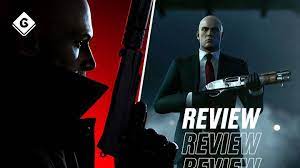 For example, you can never even cross your victim, but dress up as a waiter and add poison to the glass. You can detonate the target by placing a bomb in the way, or set up an accident by dropping a lamp on your head. But all this will require you to first find the tools for the murder: how to take the form of a waiter so that no one will notice where to get poison or a crowbar to break off that very lamp.

You can also overhear some conversations, and a ready-made script will become available to you in order to get closer to the victim. But here, too, there are always options to deviate from the intended path. And if you are too lazy, then just take out a pistol and shoot your target – even this option is not prohibited by the game. Yes, you will get fewer points, but the task will be completed.

In addition to the main plot, there are several alternative scenarios in the same locations, but with a different starting point, conditions and goals. For the most inquisitive mercenaries – challenging challenges. Stricter conditions appear there, but that only makes it more interesting.

Hitman 3 may not differ much from the previous parts in terms of mechanics, but it has collected all the developments of the previous parts. There are still stupid enemies here, but you should understand that their goal is not to kill you. The task of everything that is present on the map is to interfere with you. All these doors, workers, guards and locks are trying to prevent you from easily and simply passing the level, because it is in the creative approach to completing the task that the whole thrill of Hitman 3 is.

What I personally lacked was the more confused routes of the victims. Some characters literally walk from point A to point B, say the same phrases and do the same actions. In my opinion, it would be worth adding a little bit of randomness to their behavior or reactions to the world around them. Because watching your target drink from the same glass for the fourth time gives the impression that they want to be killed.

By the way, if you have the first or second part of the game, the levels from them can be transferred to Hitman 3 or purchased separately. Now, however, there is a certain hassle with this, but the developers promise to fix everything. As a result, you get the ultimate collection from a heap of content. Moreover, all this has been tightened up to the third part according to the schedule.

The game looks very good visually. Great effects, lighting, materials, and scale. Despite the fact that there are only six locations in the third part, each of them is multi-level, unique and interesting in its own way. That only is the mission on the train. 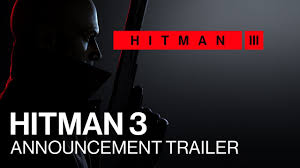 But there are also disadvantages. Firstly, in comparison with the episodes on the engine, the cut-scenes between the levels look very clumsy. Secondly, due to the fact that the game is now published by IO Interactive itself, there is no Russian language in the game at all. It is not difficult to understand a simple plot or interface elements, but if you do not know English well, then you will not be very comfortable.

On the one hand, you seem to be playing in a graphically improved expansion, there is a set of new levels. On the other hand, if you enjoy this kind of gameplay, haven’t you dreamed of new levels?

Hitman 3 is a great game open to experimentation. She keeps her in suspense, and this is a rather rare representative of the genre of stealth playgrounds nowadays. Everything is well balanced here and you don’t have to sit in the bushes for 10 minutes, waiting for the victim. Hitman 3 makes you think, plan and react quickly on the go, but it also has a place for fun, funny or silly moments and the subsequent sudden joy of a fine work done or perfect timing.