Cuphead is a legendary game that has revived the hardcore platformer genre and enticed new gamers into it. For all its simplicity, it is addictive, and it can take a lot of time to get through it, but when you do it, you will want to do it again.

For all Cuphead lovers, we have selected several similar games. Note, however, that there will be no copies or parodies of the Cup Brothers in this collection. All the games below are different, both graphically and gameplay. The thing is that Cuphead is objectively the best option in its niche and no other game can surpass it. Who wants to play a degraded version of a legend?

The Rayman series began its history back in 1995. The main character here is an anthropomorphic creature, similar to a platypus, with superpowers, whose name is Rayman. The hero is assisted by a fairy who gives him the ability to fly and throw his fist at enemies.

Rayman’s art, as in Cuphead, copies Disney’s childish style. You will have to spend more than one month to reach the final, playing only in the evenings.

The sequel was released in 1999, called Rayman 2: The Great Escape. In it, the drawing became 3D, and its style moved to a more standard one. The difficulty has decreased, now it took much less time and skill to complete it. But the main thing is that part of the old hardcore spirit still remained in her.

In 2003, the next part was released – Rayman 3: Hoodlum Havoc. The game has returned to its standard difficulty, and the plot, as in the first part, is simple and straightforward. After its release, there was a long lull, several portable games were released, which it is better not to remember.

And in 2011, the long-awaited and legendary Rayman Origins came out. She returned the atmosphere of the first part to the game. The game has become 2D again, the cute cartoon style has returned, and it has even become a little hardcore, so if you start getting acquainted with the series, then it is from this part. 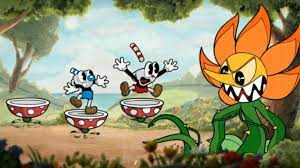 An addictive 2D action-adventure platformer released in the same year as Cuphead. These 2 games have a lot of differences, but what they have in common is hardcore.

According to the tradition of such games, the hero is immediately taken to a confusing location, there is initially no map, where the save point is – no one knows. All that remains is to run and collect history bit by bit, listening to monologues from the NPC. But, despite this, the game is exciting from the first seconds, and pleasant music and beautiful graphic style only fuel interest and make you spend an hour or two more in the game.

Another well-known series of platformers. There are two parts in total: Ori and the Blind Forest of 2015 and Ori and the Will of the Wisps 2020. The graphics in both parts are excellent and together with the music, the game is amazing from the very first location.

Ori is hard, it has a lot of puzzles and requires manual dexterity. As with Cuphead, you always have to keep your fingers on the keyboard. The enemy can quickly appear and kill just as quickly.

We are offered to play for a cute glowing spirit – Ori. He has a heavy duty to save his native forest and his friends from the dark forces.

The main feature is a bunch of abilities of the main character, which open as you progress through the game. Thanks to them, the game does not get bored and stimulates further progress.

A heroic puzzle platformer that offers us challenging and interesting puzzles. It’s not exactly Cuphead style, but Trine is the kind of game that platformer fans love. Moreover, after a long chiseling of the keys, it would be nice to stretch your brains.

Trine is really addictive, no matter how much you play it, but you still don’t want to leave. There is something in her that attracts and sinks into the soul. The game is remembered from the first moment and for many years.

As stated earlier, this game is all about solving puzzles. But this is not The Room, it has a good plot, decent graphics and beautiful background music. 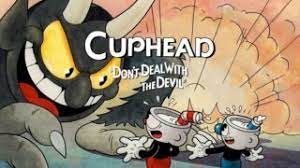 We are offered to play for 3 heroes, whose personalities are intertwined into one, when you touch the magical artifact Trine. This is a clever thief, a wise wizard and a mighty warrior. And to complete the game you will have to use all three, because each has its own unique abilities.

We walk through the levels defeating small enemies and travel the world fighting the main villain.

There are 4 parts of the game (not counting the additions to the second part) and in each the general concept is approximately the same. Everything is bad in the world and he urgently needs the help of great heroes. Such a kind and sweet fairy tale. There is no “crap” and cruelty, everything seems to have been made for small children who, well, just cannot go through it.