Few would undertake to deny that video games have become an art form, on a par with literature and cinema. Just like in them, games have their own classics, different conceptual and mass movements, masterpieces and examples of graph mania, single projects and long series with crosses, story arcs and interventions in related genres. And the hero of our today’s article, Call of Duty, belongs to the series.

Before moving on to determining the best part of Call of Duty, we’ll go over the history and plot of this series of games a little. And its story began in 2003, when the Infinity Ward studio finished work on the first part of the game, and the publisher Activision released it. It was a shooter in the then popular theme of the Second World War, created as a “killer” of the popular project of the publisher Electronics Arts – “Medal of Honor”. The new game did not copy its competitor (as did the creators of thousands of unsuccessful “killers” of other games), but brought many interesting solutions to the genre. The most successful innovation of the game was the computer-controlled soldiers of the squad, helping the protagonist. Their appearance added to the game the feeling of a “friendly shoulder”, ready to support in difficult times. And, thanks to this, the plot moves were played very strongly with the help of the squad members and revenge for them. This was noted by players, reviewers and judges, who awarded her the titles of “Game of the Year” and “Best Shooter of the Year”. As a result, Call of Duty, although it did not kill Mohr, became the ancestor of a new series of games. 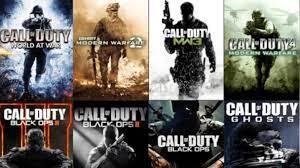 “Catching the Wave” the publisher released two more parts related to the Second World War. The games were not bad, but the theme has clearly already managed to set the gambling community on edge. In addition, the third part, the development of which was commissioned not by Infinity Ward, but by Trey arch, was a console exclusive (it never received a port on the PC) and on this it lost some of the interest of gamers. However, the involvement of another studio allowed the transition to the annual release of new games in the series, leaving the developers two years to prepare and fine-tune the project.

The fourth installment, Call of Duty 4: Modern Warfare, came out of the hands of Infinity Ward and became the first game in the series, which takes place outside the Second World War. Instead of sending the players to the well-trodden fields of historical battles, they prepared a series of fictitious battles in the near (two or three years) future. Although this part of the game is not replete with innovations, just one change of surroundings was enough to win several Game of the Year awards and almost double sales compared to the first game in the series.

But in Call of Duty: World at War, we do not participate in sensational battles, and acting as part of a small detachment, we help the troops advance the front line. In fact, this part formed the idea for the third story arc of the Call of Duty series, dedicated to the actions of special forces. Also in World at War, a game mode with the shooting of Nazi zombies appeared for the first time (as a tribute to the growing popularity of the zombie theme in games). The game received a couple of on-duty awards, sold well, but was not a breakout for the series.

But Call of Duty: Modern Warfare 2, which continued the plot of the arc about modern battlefields, on the contrary, not only added new modes and game techniques, but also became one of the most successful projects in the entire Call of Duty series. The game turned out to be strong in the plot, where the main characters (five years after our last meeting) find themselves drawn into the struggle with ultra-right nationalists trying to ignite a world war. And no less strong in multiplayer. In addition, Modern Warfare 2 was remembered by many because of the epic with the first level (a terrorist attack on a Russian airport), which in some countries was disabled due to protests from the Russian authorities. 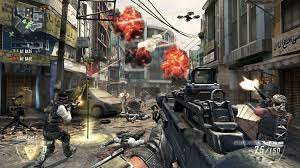 The events of Call of Duty: Black Ops, published by Trey arch, take us back to the Cold War and reveal the work of special operations forces (as the developers see it). With the release of Black Ops, the third story arc of the series was finally formed. The game sold well, although ratings from players and reviewers remained mediocre. Black Ops lacked the innovation that would diversify the game.

The events of this part begin in the same place where the previous one ended, and step by step we find ourselves in the thick of the Third World War. In addition to Infinity Ward, the Sledgehammer Games studio worked on this part – thus this studio was preparing to start work on the new parts of Call of Duty. Call of Duty: Modern Warfare 3 was so good in both story and multiplayer that it was the first in the series to achieve a 95% Metacritic score.

Trey arch’s new work, Call of Duty: Black Ops II, made a leap into the future from the conflicts of the past, linking the plot with the past through the family ties between the main characters (father and son). The plot of the game is not linear, and its development can be changed by making different decisions at some plot points. Futuristic weapons, high-tech intelligence, eavesdropping and information suppression capabilities transform the battlefield and completely change the gaming experience. And in the hands of the special operations forces, such technologies work just wonders. However, miracles happen \ not only in the usual modes, but also in the zombie mode of the game, which in fact has become a game in the game. However, despite all the efforts, Call of Duty: Black Ops II was never able to reach a score of 90%.