The PC version of the game was released in Early Access on March 23, 2017, and the final release took place on December 21. In a short time, the game has reached unprecedented popularity, overtaking even Dote in terms of the number of players. In part, this was facilitated by the original advertising campaign – the emphasis in promotion was placed on streamers and game reviewers. As a result, the news of the release of the game and information about its gameplay quickly spread among the gaming community. Gradually, the advertising campaign was curtailed and the number of players stabilized.

Currently, the average daily number of players on the servers is 400-500 thousand people, which is also quite a lot. The PC version of PUBG is considered classic, since it came out first, and costs 899 rubles in Steam. You can save money and buy a ready-made account with a game with a guarantee.  If your hardware does not meet the requirements, do not despair, you have the opportunity to play for free even on a weak computer. Read about it below.

PUBG version for Xbox One

On Xbox One, PUBG was released on 12/12/2017, in Early Access, and on September 4, 2018, it was officially released. Plauerunknown`s battlegrounds gained recognition there and entered the Best of Xbox One X collection. The game supports 4K resolution and enhanced HDR mode. It’s great to play on a big screen and with high quality, but this pleasure costs as much as 1990 rubles. Although, you can buy Xbox Game Pass for a small monthly fee – 30 rubles per month. 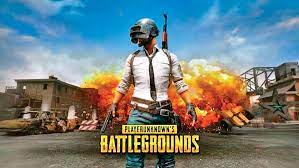 In early 2018, the developers of Plauerunknown’s battlegrounds delighted fans of the game by releasing its mobile version – PUBG Mobile. It became so popular that we decided to create a separate section on the site dedicated only to this version. Open, read, there are many interesting things – guides, tips on the game and its setup and installation. PUBG Mobile is quite well optimized, so it is pulled by devices even five years ago. You can familiarize yourself with the system requirements of the game by clicking on the link.

Optimization affected not only graphics, but the game in general. And if the graphics are practically indistinguishable from the original version, then everyone will notice the map reduced to 2×2. In addition, the number of players was reduced from a hundred to 40. The game modes have not changed – everything can also be played alone, in pairs or in a team.

An emulator is a great way to play PUBG completely free of charge, even on a weak computer. At the same time, neither payment nor even registration in Steam is required. Just download the official developer’s emulator, install it, create an account and play. According to the developers, players who entered the game through the emulator play on separate sites from those players who entered the game from mobile devices. This is correct because, obviously, PC players have an edge over mobile users.

A project that is still under development. Yes, there is already an official emulator of the mobile version for computers, but the developers want to release a user-friendly product. The game through the emulator has some problems, after all, the game lags sometimes, and the control has been transferred from the mobile version.

And here we will be presented with a version in which everything will be the same as in the original, but optimized for weak PCs. Even the interface will be transferred from the PC version, and the graphics will be noticeably better than in the mobile one.

The developers’ stake is obvious – it is clear even from the name of the project. PUBG Corp. want to reach Thai users. Their computers are rather weak, and in order to occupy the market, you need to adapt to their capabilities. 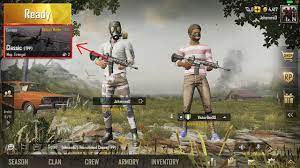 Most recently, on December 7, 2018, the developers released the game for the PlayStation 4. The recommended price of the edition is 1799 rubles. Not all game modes are presented yet – PlayStation 4 owners cannot take part in custom matches, they do not have access to rating mode and event mode. However, the developers promise to fix it soon.

A copy of the game on disk is not tied to an account, which means that it can be freely disposed of, for example, letting a friend play. As for the graphics, there are also some differences – the game supports HDR, but 4K resolution is not available. For the PlayStation 4 version of PUBG, I wrote a separate guide, if you are going to play, then I advise you to study the yoke carefully to understand the basics.

In the news about PUBG, you can often read that, they say, the popularity of the game is declining, online is declining. But, in my opinion, here you need to think more broadly – The sharp rise in the game’s positions in the winter of last year was due to an active advertising campaign. Since then, the game has developed qualitatively – bugs have been fixed, new maps and game modes have been added. New platforms were mastered. And this process continues to this day.