Viktor Vakhstein is a professor at the Moscow Higher School of Social and Economic Sciences, Dean of the Philosophical and Sociological Faculty of the Russian Presidential Academy of National Economy and Public Administration, editor-in-chief of the Sociology of Power journal.

– It is important to understand what we generally call a game – and a computer game in particular. In natural language, the language of common sense, the concept of “computer game” is more or less clear to us, we use it, and no one bothers that this class of concepts includes Tetris and “Prince of Persia”, and Second Life and World of Warcraft ( perhaps the two most studied games of the last decade). But any sociological research begins with a criticism of natural language, and a sociologist cannot simply use the term “computer game” without subjecting the very object of his study to conceptualization, that is, without giving it meaning within the language of his discipline.

Actually, interdisciplinary fields like game studies are a collection of such conceptualizations. For example, there is a well-developed direction – the economics of computer games. There are studies of how financial flows circulate in Second Life or World of Warcraft, as if these games were countries with their own macro and micro economic indicators. Or the narratology of computer games, which describes them from the point of view of a narrative, a scenario, as if the game were an artistic text. Cultural studies are interested in the place of games in popular culture; for example, there is a tradition of criticizing computer games in the spirit of the neo-Marxist Frankfurt school. 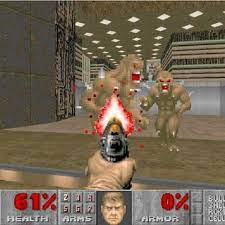 I and other people in microsociology, phenomenology, or frame analysis are interested in exploring game worlds. That is, the world of a computer game as a special closed world of meanings, which has its own logic, its own ethics, its own common sense, different from the common sense of a person on the street. Such a world is a kind of alternative everyday life. And the question in our research field is posed as follows: how can the events of everyday life be transposed, that is, transferred, into a computer game and how these two events – in a game and in a non-game – are related to each other, how the border between them is established and destroyed …

The last research I read on this topic was about augmented reality games. Let’s say players have an application installed on their smartphones and they need to physically get to some point in space, transfer artifacts to each other, participate in battles with other teams, squeezing out pieces of physical space for themselves. And sociologist Konstantin Glazkov describes how the perception of the urban environment begins to transform when an application on your smartphone becomes a tool for coding it, experiencing and living.

– That is, as a sociologist, actions in a game will be viewed with the same basis as in life?

Here the sociological theory of Alfred Schutz about the plurality of worlds comes to our aid. According to Shuts, theater, madness, religious revelation, even sociological theory are independent autonomous worlds that are located on a scale, one pole of which is the world of everyday life, and the other is the world of dreams. Each of these worlds has its own rules, but at the same time, interactions occurring in other worlds or in everyday life can be displayed in them. A striking example is the augmented reality games mentioned. Or the situation when the US authorities investigate the activities of the casino in the Second Life game, treating it as real (if you can lose real, non-fictional money in a fictional, virtual world, this world automatically becomes real for the federal authorities). And it is these transference mechanisms that the sociologist will study.

World exploration began long before computer games, in the 19th century, and was driven by legal precedents, the most famous of which is the so-called M’Naught case. This is the case of the assassination of the British Prime Minister’s secretary by the Scots Daniel M’Naught, who was possessed by a persecution mania and believed that the Prime Minister initiated the hunt for him personally. Then the question arose before the lawyers: in what cases should the defendant still be held accountable for his crime, despite the fact that his reason is darkened? The judges came to the conclusion that it is worth evaluating a person’s actions as if all his delusions caused by the disease were real facts: if a madman imagined that he was defending himself, he must be declared innocent, and if he believed that he was taking revenge, on the contrary. Half a century after the M’Naught affair, philosopher William James pondered how the rationality and sociality of our daily lives are transposed into the world of the mentally ill’s imaginary events.