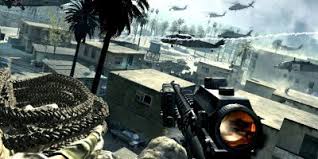 – Is this relevant in modern life, outside the disputes about the mentally ill?

– A classic example is hockey, in which hitting other people is not just possible, but necessary. Formally, this is a violation of the rules – but such a violation of the rules that is inscribed in the script of the game itself. Tough guy, the beating player of the opposing team, is put on the bench, but not in jail – although if he did the same thing not on the court, but on the street, he would be jailed for the attack. However, in 1988, Minnesota North Stars hockey player Dino Ciccarelli was fined $ 1,000 Canadian dollars and a day in jail for assaulting another player in the heat of a hockey battle. “We are amazed at the court’s decision; in fact, hockey has always dealt with such incidents before and did not need external intervention, ”said team manager Jack Ferreira at the time. But Judge Harris decided otherwise: “Hockey has no immunity from legal action. When people see an attack [in the arena] as a heroic act, violence can easily spread from the arena to the street. ”

Another example: in the German parliament in 2009 the possibility of banning paintball was discussed – a member of the Bundestag from the Social Democratic Party Dieter Wiefelspütz argued that “paintball imitates killing a person with the use of firearms.” Allegedly, a person who plays paintball ceases to distinguish between the world of sports and the world of everyday life and then can go to kill neighbors with live ammunition.

The third example: the ban in a number of countries of computer shooter games. Tellingly, first-person shooters are more often banned, that is, those in which the maximum identification of the player with the character is achieved. This is the kind of reasoning that frame analysts are exploring. – When two players meet in World of Warcraft, and then start a family in real life – is that the same?

– Is it as relevant for computer games as for hockey? Usually, they are more and more separate: I played at home, then went to work, worked.

Let’s say we believe that the worlds are closed and do not intersect with each other. Then, for example, a mentally ill person cannot be tried for a crime: this would roughly mean that the laws of the United States or Russia would apply to a country called “mental illness.” There was a story when a Japanese woman deleted the character of another person in the game (where he was her husband) – and he sued her for murder; this avatar for him was a much more living creature than his own bodily self. Or, for example, George R.R. Martin cannot be tried for the murder of Eddard Stark. 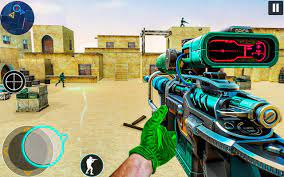 – Or I cannot offend anyone in the game, because it is not an insult.

– Yes, because it is part of the game; maybe in it, on the contrary, not to offend would be an insult. But if we say within phenomenological logic that the worlds are hermetic, then, for example, the riddle of Don Quixote arises. In his imaginary world, Don Quixote is at war with giants, but actually he spoils property – mills. Can we claim from him for damage to property or not?