There are too many other contenders to be in the top ten. Nevertheless, it seems to me, to ignore the fourth part of “Crash”, which fans of the series have been waiting for over 20 years, is wrong. While it’s not just a long wait, it’s also the best 3D platformer since Super Mario Odyssey.

Crash Bandicoot 4: It´s About Time was developed by Toys For Bob, which seems to be one of the series’ most dedicated fans. To the opportunity to revive Crash Bandicoot – to make not just a remake or remaster, but the fourth part! – they reacted in such a way that their enthusiasm would now be envied by Naughty Dog herself, who once invented this series. Toys For Bob, having caught the very essence of the gameplay principles of “Crash”, was not afraid to develop them and bring many of their findings. It turned out much better than one might expect. 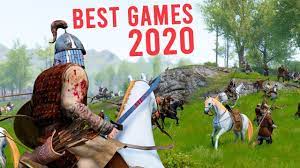 And it’s not even about the mechanics associated with magic masks. And not in exorbitantly beautiful locations with a billion tiny details. And not even focusing on fan service and the feelings of old fans. All of this was meant to go without saying – after all, Toys For Bob was creating a completely new part of an old series, all in 2020, with some standards.

The fact is that, while creating this game, the studio decided not to dwell on the moment “everything seems to be working fine, let’s release it.” No, Toys For Bob decided to have a full blast. Its writers have collected in the plot It´s About Time, it seems, in general, all the characters familiar from the past parts. Its artists have drawn some of the most beautiful scenery in 3D platformers. And its designers have come up with a billion ways to make an already difficult game even more difficult.

Seriously, the game design of Crash Bandicoot 4 is the perfect work within a given genre and the original gameplay concept that was invented back in 1996. Each separate stage of each level of this game is hundreds of smallest details, an impeccable knowledge of how the timings should work, and the deepest understanding of all the player’s habits. 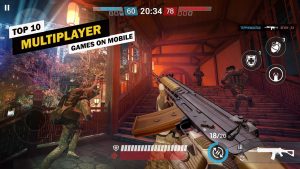 It´s About Time is an insanely challenging platformer that works perfectly in every frame. And at the same time, this is a game with a huge amount of content, among which there is entertainment for those who have no desire to waste time on the mentioned complexity.

Crusader Kings 3 for the vast majority of players, I think, looks very, very strange. Judge for yourself: the plot is minimal, there are no cut-scenes, QTE – too, and the whole game is built around – suddenly – the gameplay and situations that occur during the game. It’s also a real-time strategy game with RPG and simulation elements. And some conditional Excel spreadsheets on top.

That being said, it is the gameplay that makes Crusader Kings 3 truly one of the best games of the year. In the third part, Paradox, in fact, made the already wonderful Crusader Kings 2 even better, making it so that every player can find something for themselves here.

Do you like to conquer the world and make Napoleonic plans? Please: you can capture all of Europe, declare a crusade, organize a Tatar-Mongol invasion, and the devil knows what else. Do you prefer calm, “contemplative” development and construction of your own small state to global wars and remaking the world? Enjoy! Interested in palace intrigues, undercover squabbles of close relatives and the fight for the throne of some empire using the dirtiest methods? And in Crusader Kings 3 you will find something to keep yourself busy! 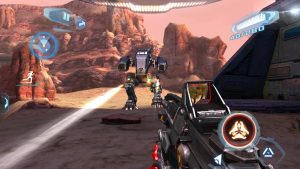 Hyde. How to declare war and raid in Crusader Kings 3
Crusader Kings 3 can be nominated for both the best strategy game of the year and the best role-playing game of the year – and in both categories it will take the grand prize. This is truly an RPG where you choose your starting point, and then play as you please. A bloodthirsty tyrant, a crazy lesbian nymphomaniac, a pious Viking – you can come up with a lot of things to do in the game.

And don’t forget that the release of a Paradox game is usually just the beginning of its life. The second part of Crusader Kings, say, ten years received updates and additions, becoming more and more beautiful. Are there any doubts that the same will happen with the third? Absolutely none.