This is the same 10/10 as Cyberpunk 2077 or Hades: it all depends on the user’s personal preferences. Using Streets of Rage 4 as an example, I became convinced that I love retro games more than even the highest-quality science fiction and rogue-like – I had more hours there than in Cyberpunk and Supergiant’s roguelike combined.

As I wrote in my column, this is not a remake of the Sega series. From the original Streets of Rage, only the characters and the most general mechanics are taken. Instead, we have, excuse the vulgarity, a love letter to the whole beat em up genre, street fighting games with scrolling pictures. There is no better definition here – the fiery feelings of the developers are felt in every pixel. And, unlike the authors of such unfortunate romantic messages like Battletoads, Mother Russia Bleeds and River City Girls, the creators of Streets of Rage 4 from Lizard cube understand that it is not enough to copy the work of genius game designers of the 1990s – along with this, you need to move on.

On 16-bit platforms (and even on arcade machines of that time) such mechanics and such animation were unthinkable, it is both a tribute and a new word in the entire genre. Most of all, the game is struck by the smoothness, plasticity, organic switching between fighting techniques – and then the number and quality of enemies on the screen. 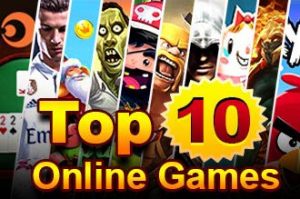 With difficulty turned to maximum, in a harsh arcade mode that forces you to replay after losing a life at first, Streets of Rage 4 is a great pleasure. Even if you play alone and this is not your first (and not fifth) passage on this level and in this mode. And in the company it is generally entertainment for all occasions. Not so long ago I played a game with fun and competence with two girls who generally prefer “Raiman” and Animal Crossing – and who, by the way, were not even in the world at the time of the release of the first Streets of Rage.

There are some cut corners – very short levels, missing online for more than two players. But in general, this is one of the best retro games of all time (if not the best) – precisely because it is played and looks not like a stylization, but like a modern colorful cartoon about oriental martial arts.

As a final reminder, the best platform to play if you haven’t bought it yet is the Nintendo Switch because of how cool it looks in handheld mode. This is exactly the beat ‘me up that older audiences have always dreamed of carrying in their pockets. And once again I would advise you to get an arcade stick that allows you to create absolutely fantastic things in the game.

Hades is a game, familiarity with which is usually divided into two stages. First: “How can you call the game of the year a roguelike ?!” Second: “Hades is definitely GOTY, and only those who have not played disagree with this.” Well, in any case, most of my friends experienced just such emotions. 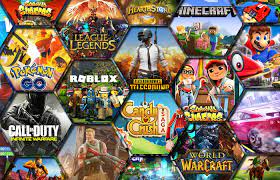 It’s funny, of course, it turned out. The game spent almost two years in “Early Access”, where it aroused interest, perhaps, only among a small group of Supergiant fans. Then she came out, journalists and players drew attention to her … and away we go. Highest approval rating on Steam, excellent sales on both PC and Nintendo Switch, and just a sea of ​​warm words to the developers almost with declarations of love. Plus, of course, a huge amount of fanart, jokes and memes. In short, the gaming community has accepted the game with open arms, which is great. Hades deserves every kind word.

“Hey, but this is just a roguelite, how can it be better than Doom Eternal, Cyberpunk 2077 and insert your candidate’s name?” As you can see, it can. Many consider it the best, many call it the game of the year, and I, too, what is already there, consider it my personal GOTY 2020. Because it is beautiful, cool, catchy and insanely cool.

With the help of a seemingly banal concept “The son of Hades tries to escape from the Underworld and constantly gets involved in adventures” Supergiant manages to tell many stories. Tragic, funny, interesting – each of them is felt in its own way, each has its own place in the plot and each of them needs to be approached in its own way. Gameplay situations, however, are also as diverse as possible. Thanks to a large arsenal of skills and weapons, each playthrough is unique, and not only for different players. With all your desire, you can hardly run the same build twice – something will change in any case. 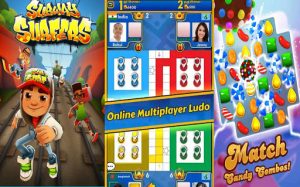 Add to the variety the fantastic picture and soundtrack (which is worth listening to and separate from the game) and you have one of the most outstanding games of the year. In addition, this seems to be the only such game in the entire 2020, which was bypassed in general by any scandals and squabbles. And this, you know, is already an achievement in itself.