The release of the new Half-Life is a high-profile event in itself, which cannot be ignored when summing up the results of the year. Yes, this is not Half-Life 3, but no one has ever said that the third part of the cult series should contain the same mythical number “3” in the title. As it turned out, the new Half-Life can be called whatever you like and at the same time be a third part, a prequel, and a revolution in game design.

The latter is a really important point. Making another little VR game is one thing. Making for VR a new part of the famous series of first-person shooters (a genre for which virtual reality was supposedly invented) is completely different. The technology is new, the principles of game design in VR games are still being formed before our very eyes, and besides, there are a lot of obvious problems in all this, such as the fact that some players in VR helmets are simply seasick. Doing not just another tech-demo for VR, but a new part of Half-Life for VR is going along a path that no one else has walked before. Every step you take, even if it seems confident to you, can turn out to be a mistake, and the usual genre mechanics are quite capable of being a sudden obstacle. 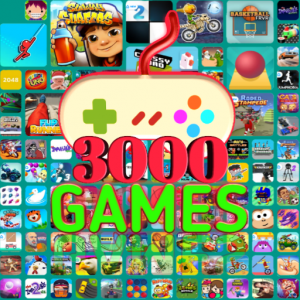 Creating a Half-Life: Alix-level game, being such a “discoverer”, is to make a revolution. And at the same time come up with new principles of game design, which the entire industry will follow for many years to come. This, of course, does not mean that dozens of equally successful shooters for VR will be released after Alix within two or three years, but this still does not detract from Valve’s achievements.

From the point of view of the conditional “revolutionary” character, Half-Life: Alix is undoubtedly the game of this year, the game of the last year and several subsequent ones. One of a kind, breakthrough, insanely technological – and at the same time famous. Why then not the first place? Only because virtual reality is still not for everyone. From the point of view of the players, it is impossible to recognize the shooter as the game of the year, which requires so much investment to access.

Author of the text: Denis Knyazev.

Doom Eternal review
All this is understandable. No one is trying to pass off Doom Eternal as something that she is not. This is just the perfect first-person shooter with extremely dynamic gameplay, tons of powerful weapons that tear demons and all other devils to pieces, and cool music. Doom Eternal is a 100% hit in the original image. Full compliance with expectations. Ingeniously placed accents. In addition, Doom Eternal is a very complex game in terms of gameplay mechanics and structure. It may seem to you that making a shooter is simple: you just need to place the weapon in the center of the screen and place the monsters at the level to shoot. This, however, is very far from how shooters are actually created – perhaps one of the deepest mechanically genres.

In the case of Doom Eternal, it’s not just about the variety of options available to the player. Jumps, dashes, double-barreled grappling, finishing moves, alternative firing modes for each weapon – all this really required incredible attention to balance from the developers, but there was another problem. Eternal is an expensive game, and the complexity of its mechanics directly depended on the budget. Some indie studio can easily make finishing moves in their pixelated retro game, as in Doom Eternal, but they will never make them as bloody, as detailed, as varied. The same goes for everything else in this impeccable shooter – the thrill of shooting, dismemberment when killing demons, location design, even the mechanics of fighting the Marauder.

With a prohibitive budget and incredible capabilities, id Software could easily have made an open world, more platforming, pumping dialogues, and anything else that is now fashionable to do in games. But she, fortunately, was able to tame her own ambitions and focused on the main thing – on the basic mechanics for a shooter. The result is a game that develops the genre. The same cannot be said about Hades, or Animal Crossing, or The Last of Us: Part 2. Unless Streets of Rage 4 is also moving its genre forward, only the genre itself has long been dead.